John* and I met at a networking event. The conversation went something like this: 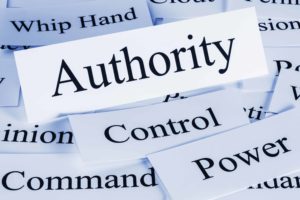 John: “Hi I’m John.”
Crystal: “Hi John. What do you do?”
John: “I’m in IT. How about you?”
Crystal: “I’m a scientist by training and started my company to help nerds like myself figure out how to be leaders instead of jerks.”
John: “We need to talk.”

After a phone call and coffee meeting, I learned much about John. John owned an IT company and had been in business for over 20 years. He had a solid team and long term customers. His business was growing and posted 10-15% increases year-over-year for the past 5 years. Not too shabby.  However, John knew that he had challenges with his staff.  He had plenty to say about his team even though he recognized them as being qualified. I heard things like:

“Mike never does exactly what I ask and I find myself joining phone calls with clients.”
“I don’t understand why Jane constantly wants to do things differently and argues.”
“I’m constantly with clients and don’t have time to deal with drama.”

John and I began working together and I was curious so I asked to attend a team meeting. My suspicions were confirmed. John was a control freak, micromanaged everything and while he wanted to empower his team, he consistently cut them off at the knees. John was good-hearted and genuinely wanted his team and his business to be successful. However, he was awful at delegating or allowing his team to deviate from how he would handle things. He was also trying to work directly on projects while trying to run the operations of the business. We met after his team meeting. The conversation went something like this:

John was a bit shocked that I was so direct, however, he recalled one of our first conversations. During that early chat, I explained I would tell him the things he needed to hear vs the things he wanted to hear as his coach. I told him I wouldn’t be his buddy or his therapist but I’d do everything I could to help him see the world differently so he could lead more effectively. I was quiet while John chewed on his memory. After a bit, he said, “I was afraid that’s what you were going to say.” For a long time, John feared that he was the biggest problem facing his own company, however, no one was complaining (to his face) and he didn’t really know what to do differently. Working 1-on-1 with John, we:

As a result of the 9 month coaching experience, John began to relinquish control and empower his team. He learned to trust their judgement more and realized that many of their ideas would benefit the company. John was able to focus more on new business development and implementing processes while his team focused on delivering client projects. More importantly, John’s company grew by almost 80% last year from new clients and expanded projects for existing clients.

Are you looking for a trusted sounding board, advisor and accountability partner to help you and your organization reach new levels of performance? Contact EverRise today to learn more about our 1-on-1 and peer group coaching programs.

Dr. Crystal G. Morrison is a highly regarded scientist and leader who is passionate about developing people and organizations to their highest potential.

Founded by a scientist and leader, EverRise LLC is a consulting firm dedicated to transforming technical professionals and industries. Our company works with organizations to assess performance, refine strategy, and build world-class leaders and teams.

What “I really messed up” Means for Leadership

What I’ve Learned in TWO Years…