How to Avoid Setting Your Money on Fire with Another WeWork

I’ve been watching the WeWork soap opera for a couple years and the last 4 months have definitely provided popcorn-worthy entertainment.  After all, how can you not look away from a multi-billion dollar inferno? 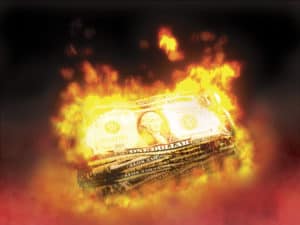 I’m certainly furious for the thousands of workers who’ve lost their jobs in the past month and those that will surely lose their jobs in the coming year.  However, I wasn’t sure whether to laugh or cry at the news that former WeWork CEO Adam Neumann received a $1.7 billion reward for graciously stepping away from the company he torched.  Not only does he get almost $200 million for “consulting,” he gets a cool $1 billion for his overpriced shares, $500 million to repay stupid loans to some of those that enabled him (JP Morgan Chase) and a sweet 4 year vacation to not compete.  Are you having at WTF moment?  I am.

Even though Adam Neumann is a character worth despising, his ego-filled behavior, smoke-and-mirrors shenanigans and sh*t leadership were funded by seriously deep pockets.  In a recent Wall Street Journal article, Maureen Farrell and Eliot Brown take a hard look at the men who financed and enabled Neumann’s theatrics.  Farrell and Brown write, “little of WeWork’s trajectory would have been possible were it not for the collection of veteran executives and financiers from the upper echelons of Wall Street and Silicon Valley.”  Soft Bank and JP Morgan Chase are frequently associated with WeWork, but others have been involved including Benchmark Capital, DAG Ventures, T. Rowe Price Group, Fidelity Investments, Hony Capital and Goldman Sachs.  These guys bought into the unicorn uniform of expensive t-shirts and jeans, glittery eye charisma and a lot of talk.  These deep pockets financed the hot air and looked the other way.  While Neuman was relocating his surfing instructor to New York and buying a brand new Gulf Stream, investors were patting him on the head for becoming “one of them.”  Some articles claim the big boy investors were “duped” or “swindled.”  Give me a break.  Cry me a river.

Many have dissected the rise and fall of WeWork and offered warning signs and lessons, all probably true.  I believe the biggest lesson to be learned is simple, rather obvious and shouldn’t have required a pyre of billions of dollars.  It is:

Venture capital and investment firms should be investing in a leader not a personality.

Sadly, this same simple lesson was demonstrated multiple times in the past few years.  Elizabeth Holmes of Theranos and Travis Kalanick of Uber were both premier examples of investors dumping money into personality, charisma and smoke-and-mirrors but no leadership.  I’ve shared my thoughts on Holmes and Kalanick before on my blog and in my TEDx talk.  I’ve totally lost my patience with ignoring the warning signs and looking the other way.  I can’t stand wasting money on snake oil salesman when I know you shouldn’t tolerate poor leadership.

I work every day with companies and investors that know that high performance leadership across organizations is critical for growth and long-term sustainability.  I work everyday with managers that want to learn to lead rather than manage chaos, operate with short-term focus and drown in toxic culture.  There is no excuse for the likes of Neumann, Holmes and Kalanick.  In fact, WeWork’s investors could have hired me for a tiny fraction of the $200 million “consulting fee” that Neumann received on his exit.  I would have either transformed Neumann into an actual leader or worked with investors to find and onboard a replacement well before billions were lost.  My guess is that Masayoshi Son, CEO of SoftBank Group, would love a do-over and be thrilled to hire a real consultant to avoid what has become a total flaming disaster.

Do you want to avoid losing a stupid amount of money because you’d rather pay for personality over leadership?

If so, contact myself and my team at [email protected] to schedule a consult. 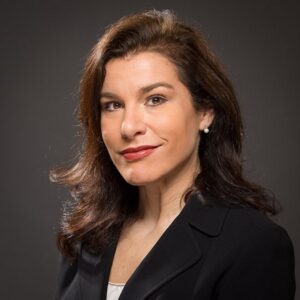 Dr. Crystal G. Morrison is a highly regarded scientist and leader who is passionate about developing people and organizations to their highest potential.

Founded by a scientist and leader, EverRise LLC is a consulting firm dedicated to transforming technical professionals and industries. Our company works with organizations to assess performance, refine strategy, and build world-class leaders and teams.

Yes, You Need a Coach

Is Your Company a Hot Mess?